Facebook has been targeted with a class action lawsuit accusing the social media firm of discriminating against older and female users by not offering them advertising for bank accounts, insurance, investments and loans. 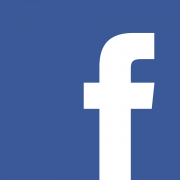 A complaint filed in the San Francisco federal court states that Facebook’s allowance of financial services firms to select the targets of their advertisements is discriminatory, based on the fact that the Menlo Park firm overhauled these aspects for ads from other industries.

The suit has been filed seven months after Facebook agreed to change the way its targeted ad system works on its flagship platform, plus WhatsApp and Instagram. Facebook is the world’s second-largest seller of online advertising.

“The internet is not a place where you can discriminate against people because of their age or gender, particularly in financial services opportunities,” Peter Romer-Friedman, a lawyer for the paintiffs in the case, told Reuters.

The complaint is seeking damages for multiple millions of Facebook users. It refers to the Unruh Civil Rights Act in California, which allows for up to $4,000 in damages per violation.

Facebook founder Mark Zuckerberg has been testifying at the House Financial Services Committee this month over the creation and implementation of Libra, the social media giant’s attempt at a digital payments network and asset.