National competent authorities (NCAs) in the European Union have agreed to comply with recommendations from the European Insurance and Occupational Pensions Authority (EIOPA) regarding the United Kingdom’s withdrawal of the EU. 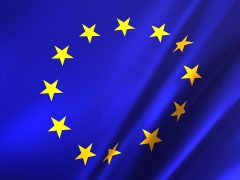 EIOPA aims for a smooth Brexit transition in insurance

EIOPA outlined a set of nine recommendations in January 2019, addressing them to all national regulators within the European Economic Area (EEA), excluding the UK.

“The general objective of these recommendations is to foster convergence and consistent supervisory approaches in the treatment of UK insurance undertakings,” it wrote at the time.

Among the recommendations were a period of orderly runoff, where competent authorities would prevent UK undertakings concluding new insurance contracts or establishing, renewing, extending, increasing or resuming insurance cover.

Also tabled was the allowance of UK companies establishing third-country branches to conduct cross-border business, and the cooperation of multiple NCAs when administering to a UK company operating across multiple jurisdictions.

“Where a UK insurance undertaking has cross-border business in more than one member state, the competent authorities of those Member States should co-operate with regard to supervising that business,” wrote EIOPA.

NCAs intending to comply with the recommendations were required to enshrine them within their own regulatory or supervisory frameworks.

Only the French Prudential Supervision and Resolution Authority indicated non-compliance with one of the recommendations, which concerned the change in habitual residence or establishment of policyholders.

“This recommendation, whose drafting lacks precision, gives rise to several readings: on the strict reading of this recommendation, it appears that no details are provided on the nature of the control carried out by those same competent authorities or even on the accountability of that control,” it writes.

“According to French Insurance code and the French case law, the change in the habitual residence of the policyholder after the subscription may be regarded by the judge as a change in the location of the risk.”