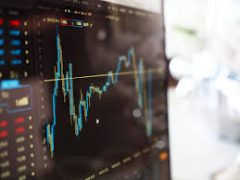 Both SIX and Euronext are in discussion with BME

SIX has put forward a deal worth €2.84 billion, valuing BME at €34 per share. Euronext has not disclosed its offer.

The SIX acquisition could be an attempt to regain access to markets in the European Union (EU), after Brussels blocked Swiss stock exchanges from access to EU investors in July. The block was put in place over stunted bilateral trade talks and the expiration of an equivalence deal between the two parties. In response to the EU’s move, Switzerland has banned the trading of Swiss shares on EU markets.

“BME will benefit from SIX’s expertise across the value chain, an opportunity to become the EU-hub for the world’s largest asset pool, SIX’s strengths in financial information and distributed ledger technology, as well as its global reach,” says Jos Dijsselhof, CEO of SIX.

“With our combined scale efficiencies in technology and securities services, as well as the development of centers of excellence to support best practices and an enhanced product range for both companies, this is a highly compelling combination.”

Since an initial public offering (IPO) in 2014, Euronext has expanded its footprint in Europe through acquisitions of FX spot market FastMatch in 2017, the Irish Stock Exchange in 2018, and Norwegian Stock Exchange operator Oslo Børs VPS in 2019, after defeating Nasdaq in a bidding war.

“Euronext notes recent press speculation regarding a potential offer from Euronext for BME,” a statement on the Euronext website reads. “Euronext confirms that it is now in talks with the board of directors of BME, which may or may not lead to an offer being made.”