Epiphany CEO: We’re the only “truly open” banking platform in the industry

Italian full-stack digital banking platform Epiphany says it’s the only “truly open” banking platform in the industry, highlighting that some of its bigger competitors in the market to date are “not really open”.

CEO and founder Paolo Spadafora tells FinTech Futures: “People in banks want to create something […] but at the moment digital banking offerings are very simplistic.”

The Milano-headquartered start-up is essentially an innovation space for banks and fintechs to create fully-customised digital banking products which can then be added to an ‘app store’ for all banking clients to use.

Spadafora is confident there is nothing else quite like it in the market: “Nobody offers the ability to extend the platform”. 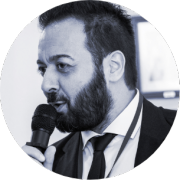 Described like a plug and play, the Epiphany platform is designed to reach beyond the set number of APIs core banking technology providers traditionally force banks to stick to once on their platform.

Still at an early stage of establishing bank partners, particularly in the UK so as to secure a foothold, Spadafora says he’s heard of many financial organisations leaving certain providers to get their hands on a more customisable and flexible digital banking solution.

Epiphany’s platform essentially offers an automated testing and deployment sandbox which then allows the microservices created on it to be reused, both my the bank’s employees and its customers.

The start-up will make its money by charging a subscription fee for the platform and then an additional cut of what is sold on the marketplace – Spadafora says it will be between 20-30%. To provide an industry marker, Amazon charges anywhere between 6-25% for closing and referral fees.

When asked about the level of security built into the platform, the CEO is assured it’s secure. “The security is built around the connection level. I’ve worked with banks, I understand their security requirements”.

Before Epiphany, Spadafora worked various IT consultant positions in both Canada and Italy. Now his vision is to “use technology properly”.

He believes banks need to look no further than the big techs, as right now he says there’s a “big gap” between them. “Big techs plan, they have good processes, they do ordered alpha and beta testing, they have agility.”

Looking ahead, Spadafora is confident the Epiphany platform could be used for other sectors as well as banking – top of mind being the insurance industry.