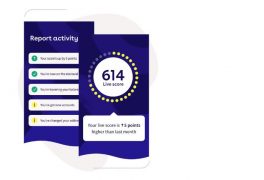 Since its launch in 2017, the fintech says it has acquired more than 2.5 million customers. As for TotallyMoney’s USP, it boils down to “improv[ing] the UK’s credit score” and bettering the future of its citizens.

The new funding comes nearly a year after its last capital injection in December 2018, when the company secured £29 million from Scottish Equity Partners (SEP), a technology-focused venture capital firm, and the UK arm of Elliott Advisors, which currently manages $38.2 billion in assets.

“Our rapid growth and success since launching our free credit report shows that there’s a significant demand for services like TotallyMoney’s, and this funding — along with the significant investment from SEP and Elliott — will allow us to offer it to even more people,” says TotallyMoney’s CEO Alastair Douglas, who feels the funding “will be instrumental” in fulfilling its mission to help UK consumers.

As for investor SVB, the success of the fintech is largely down to its technology. “By leveraging its data-driven platform, TotallyMoney is able to improve transparency and generate more choice for the consumer,” says SVB’s director of fintech Craig Fox.