Switzerland-based Cornèr Bank has launched a new biometric credit card in its home country, part of a collaboration with Visa, Gemalto and Fingerprints. 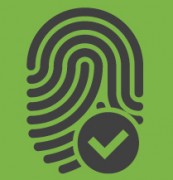 100 users will get the first batch of cards

Starting out as a limited-edition card with just 100 test owners, the card uses Fingerprints’ T-shape sensor module and software platform for payments, and will charge itself when used at POS terminals.

Named the Cornèrcard Biometric Gold, it will feature an integrated LED to indicate successful payment. Users will be required to enter a PIN for the first transaction, and thereafter only if their print has not been recognised.

Fingerprint data is stored on a secure chip on the card. According to Cornèr Bank and its partners, the data will not be accessible in case of theft or loss.

“The biometric payment card not only has a special appearance. It also provides a special payment experience and fits perfectly into the day-to-day lives of the modern consumer,” says Cornèrcard director Davide Rigamonti.

According to a March survey from Paymentsense, 29% of consumers and 17% of businesses believe that fingerpring scanning will be the most-used biometric technology of the future, while 36% of consumers said that the new technology would never be used in great amounts.

“Consumers are becoming more comfortable with new forms of biometric authentication and recognize that they make their lives easier.”