City National Bank of New Jersey shut down by OCC

City National Bank of New Jersey has been shut down by the Office of the Comptroller of the Currency (OCC), marking the third US bank to be closed by regulators in a matter of weeks. 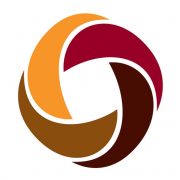 City National has been closed by regulators

City National operated with around $120.6 million in assets and $112.2 million in deposits on 30 September, according to data from the Federal Deposit Insurance Corporation (FDIC). The FDIC was appointed as receiver for the ailing bank on 1 November.

The OCC acted after finding that the bank had experienced substantial dissipation of assets and earnings due to unsafe or unsound practices.

“The OCC also found that the bank was undercapitalised and failed to submit a capital restoration plan acceptable to the OCC,” the regulator writes in a statement.

City National’s operations have been sold to Industrial Bank in Washington DC, a unit of IBW Financial. All of the failed bank’s existing branches have been reopened under the new ownership.

The New Jersey bank is the third to be shut down by regulators in just two weeks. Kentucky-based Louisa Community Bank, and Ohio-based Resolut Bank were shuttered on 25 October.

Louisa Community Bank, which the FDIC notes was “critically undercapitalised”, had approximately $29.7 million in total assets and $26.5 million in total deposits. These will be assumed by Kentucky Farmers Bank.

Resolute Bank, which had one branch, $27.1 million in assets and $26.2 million in deposits, has been transferred to Buckeye State Bank.