“We are actively looking into this opportunity”, the $150 billion company said in an email. 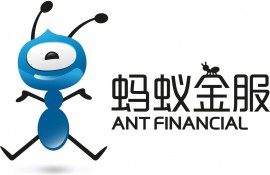 Ant Financial: “We are actively looking into this opportunity”

The Monetary Authority of Singapore (MAS) is, until the end of this year, offering five digital banking licences to non-banks in an effort to diversify the country’s fintech competition.

Two of the five licenses issued by the MAS are retail licences, which would additionally require local control and $1.5 billion in paid-up capital. It would certainly be easier for Ant Financial to go for a wholesale licence instead of a retail one.

Also said to be vying for a licence are Ping An Insurance and InstaReM, the remittance start-up now rebranded to Nium, as well as a group including Ron Sim, the founder of Asia’s largest massage chair maker OSIM, Singapore-based investment company Temasek and the largest private property developer in Singapore, Far East Organisation.

Singapore is following in the footsteps of Hong Kong, which has already seen several Chinese big techs licensed there.

Read next: India’s NSE announces API sandbox for fintechs around the world