Find out the new requirements for bitcoin ATMs in Nevada.

With an official statement, the Financial Institutions Division at the Nevada Department of Business and Industry has recently clarified the licensing requirements for bitcoin ATMs in the state.

The authority states that cryptocurrency operators have to obtain a Nevada money transmitter licence in order to run their businesses in line with legal compliance, writes Vic Lance, founder and president of Lance Surety Bonds.

If you are running bitcoin ATMs in the state, which have been estimated at around 110 currently, you have to get acquainted with the exact criteria that you have to satisfy. Notably, one of the obligatory requirements is providing a money transmitter surety bond during the licensing.

In the sections below, you can find out the basics about virtual currencies regulation in Nevada, as well as the specific new requirements for bitcoin ATMs in the state.

The regulation of virtual currencies in Nevada

The blockchain, bitcoin, and virtual currency industries across the US have to comply with diverse requirements on state level. Thus, the Nevada Department of Business and Industry is in charge of regulating these growing and ever-evolving fields on its territory. It has to ensure that citizens’ interests are protected, and that the financial industry is developing to the highest standards. To this end, the Financial Institutions Division has been issuing money transmitter licences under Chapter 671 of the Nevada Revised Statutes on a case-by-case basis.

During the last legislative season, lawmakers in Nevada attempted to introduce Senate Bill 195, which would have created a new statutory licence program for virtual currencies. However, the bill did not pass. Thus, the Division brought in its own interpretation of current laws. Cryptocurrency operators now fall under the definition of conducting “business of selling or issuing checks or of receiving for transmission or transmitting money or credits,” as noted in the existing statutes.

As there are no specific licence types for handling bitcoin and other virtual currencies, applicants have to contact the Division to establish the exact licence determination. It has to examine the business model of the company and thus set under which statute the licensing can be executed.

The licensing rules for bitcoin ATMs

With the recent official statement on cryptocurrencies, the Financial Institutions Division stipulates that any entity which “facilitates the transmission of or holds fiat or digital currency by way of brick-and-mortar, kiosk, mobile, internet or any other means” needs a money transmitter licence. Thus, bitcoin ATMs fall within this definition. If you are operating virtual currencies kiosks, you now need to undergo the licensing procedure. 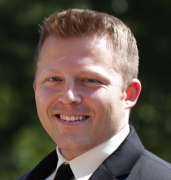 By Vic Lance, founder and president of Lance Surety Bonds.

Among the main criteria that applicants have to satisfy is to post a Nevada money transmitter bond. The Nevada Revised Statutes set the initial bonding amount for transmitters at $10,000, with another $5,000 needed for every extra location that you would like to operate. The maximum bond amount you may need to post is $250,000.

The surety bond functions as an additional layer of protection for the state and its citizens. It safeguards their interests in case the bonded parties, in this case, bitcoin ATM operators, fail to abide by the applicable legal framework.

Additional licensing requirements include providing personal and business information, completing the application forms, and paying relevant fees, which include a $375 licence fee and a $300 annual assessment fee.

Nevada legislators have noted they will not penalize operators who don’t comply immediately. However, they plan to notify bitcoin ATM businesses in the next six months, if they have not initiated their licensing.