The founder of one of Asia’s largest massage chair makers, Ron Sim, is said to be in talks with Singapore-based investment company Temasek and other firms to bid for one of Singapore’s new virtual banking licences, The Straits Times reports. 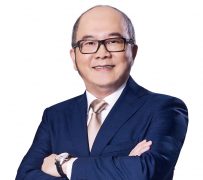 According to sources, V3 Group – the owner of Sim’s luxury brand OSIM – is not only in talks with Temasek’s unit Heliconia Capital Management, but has also reached out to the largest private property developer in Singapore, Far East Organisation and the contactless smart card provider for public transport in the country EZ-Link.

The group of companies plan to get one of Singapore’s new retail digital banking licences, which are on offer until the end of this year by the Monetary Authority of Singapore (MAS).

The criteria published in August 2019 states that at least one of the parties in a group application needs to have a track record of three or more years operating a technology or e-commerce company.

MAS plans to distribute as many as five digital banking licences to non-bank firms, but the two retail licences available also require local control and $1.5 billion in paid-up capital.

Ping An Insurance and InstaReM, the remittance start-up now rebranded to Nium, also have their eyes on one of these banking licences too.