UK fintech Chip Financial has raised £3.5 million in angel funding, a month after a £3.8 million crowdfunding round. 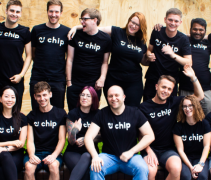 Founded in 2016, the firm provides an app which it says will simplify savings via artificial intelligence and claims to have saved £85 million for its customers so far.

The angel round has brought Chip’s total funding for 2019 to just over £7.5 million, following a three-week crowdfunding campaign on Crowdcube in September, which raised £3.8 million from 7,182 investors. It ran similar campaigns in November 2018 and December 2017. The firm claims more than 10,000 investors in total.

“The most powerful way for Chip to grow is to have thousands of investors advocating for the product they believe in. It’s amazing to have this many Chip savers as investors in the company,” says CEO Simon Rabin.

“We’ve proven there’s a big demand for Chip, and we’re ready to scale – we’re going to use our investment to grow and deliver a product that will fill a huge gap in the market.”

Chip plans to use the new funding to increase the app’s ability to handle large volumes of users, expand its internal teams and polish up its technology infrastructure.

CTO David Kavanagh, formerly of Purplebrick, says that the savings market is “archaic, broken and ineffective”.

“Chip has raised VC-levels of funding from its users and supporters, demonstrating that what customers want is a market-changing product that is easy to use,” he adds.

Read more: US challenger Chime raises $20 million in Series B