The UK’s Current Account Switch Service (CASS) has published its Q3 figures for 2019, revealing it has processed 19,220 less bank account switches in the last three months compared to Q2. 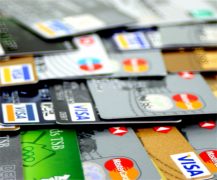 The service has processed 19,220 less bank account switches in the last three months compared to Q2

This decrease follows a similar pattern between Q1 and Q2 of this year, which saw a comparable 18,221 decrease between the two quarters.

So far this year it’s processed 739,923 switches, which means it just has to process 189,148 more in Q4 to overtake last year’s total of 929,070. While this is likely, it is interesting to note that if numbers follow the patterns earlier this year then the service will see a lower number of switches in Q4 this year than it did last year.

Read more: Santander to launch online deposit platform in US

These figures are paired with research the switch service did this month, finding 37% of under 25s will ‘multi-bank’ – in other words, leaving their old account open when they open a new one. This is compared with just 17% of over 35s who will leave old accounts open.

Of the 2,300 respondents in the switch service’s survey who left their old account open, nine in ten had moved at least some of their regular payments over to their new account, with two thirds making the changes manually.

Online banking and customer service were identified as the main improvements between old and new accounts among respondents.

Despite the consistent decreases this year in the number of account switches, the Current Account Switch Guarantee says awareness of what it offer still maintains the level reached in the first quarter of this year, staying at 71%.

Since the switch service was launched in 2013, it has carried out more than six million switches.