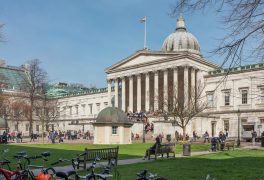 The fintech, now based in Cambridge and a resident at London’s Microsoft Reactor, says it allows financial institutions to optimise algorithmic trading and helps investors to make better trading decisions.

Led by deep-tech entrepreneur backer IQ Capital, the funding round will be used to hire additional data scientists and deepen its ‘Optimisation Automation’ suite.

“Our research has prompted interest in our commercial product from big tech companies, a multinational fast-moving consumer goods (FMCG), fintechs, other start-ups and hedge funds to name a few,” says its CEO and co-founder Dr Leslie Kanthan, who adds, “we are at the precipice of automated optimisation”.

The fintech, which has secured support from the big three: Microsoft, Google, and Amazon, says its offering means FIs can autonomously evolve their software and AI systems, allowing for smart optimisation to be carried out “at a scale never before achieved”.

Founded in 2017 by UCL Department of Computer Science graduates, TurinTech.ai is also an alumnus of Conception X – a venture builder which piggy backs off PhD programmes using the university as its deep-tech incubator.

Investor IQ Capital’s principal Rick Hao calls TurinTech.ai “one of the most promising startups to spin out of UCL that we’ve seen in recent years”.

“While the research is niche, the application is not,” Hao adds, “the team have built a framework that can be easily customised to cater for their clients’ needs, across a wide range of industries and sectors”.

Read on: Rise of the machines: when will AI and machine learning change finance?