The US consumer credit reporting agency TransUnion has appointed Mike Davies as COO of its UK arm. 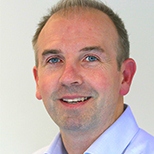 At KCOM, Davies was part of the executive team

With a career stretching from British consumer finance firm Cattles based in Yorkshire as head of development, to communications and IT service provider KCOM based in Hull, where he went from programmes manager to CIO, Davies is now going to be leading the UK operations in Leeds for TransUnion.

At KCOM, Davies was part of the executive team which grew the value of the business from £50 million to more than £500 million. Before he joined TransUnion, he worked as a consultant for five months.

“I’m thrilled to be joining TransUnion’s UK executive team at such a pivotal moment for the business,” says Davies.

TransUnion’s UK CEO Satrajit “Satty” Saha praises his extensive experience, calling him “a valuable addition to our UK leadership team as we continue to shape the business to deliver sustainable, long-term growth”.

Investors in TransUnion had a good week as the company’s shares rose 3.1%, closing at $83.66 after the release of its quarterly results. By delivering a profit of $0.48 per share, the firm performed 12% above expectations according to Simply WallStreet.

Read on: Payfone raises $24m in round led by TransUnion