As many as three million ABN Amro credit card holders may have to go through a set of in-person identity checks as the bank aims to comply with anti-money laundering (AML) rules. 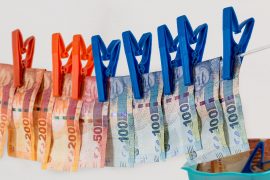 Dutch banks have been in the AML spotlight this year

International Card Services (ICS), owned by ABN Amro, is the largest credit card provider in the Netherlands. It has mailed customers informing them they need to reconfirm their identities with the bank in person, as it currently has no online procedure in place.

According to local publication de Volkskrant, ICS has not confirmed how many people have been checked, though the firm says that it will set up an online process at the beginning of 2020.

ABN Amro revealed in a presentation of its half-yearly figures in August that it had been tasked by De Nederlandsche Bank to tighten up its retail AML procedures.

The news follows the Dutch public prosecution department kicking off an investigation into AML issues at the bank.

“It’s extremely worrying that ABN Amro is under investigation by prosecutors,” says Dutch finance minister Wopke Hoekstra at the time. “Banks have an important gatekeeper function in keeping criminals out.”

The probe was instigated after a report from the Organised Crime and Corruption Reporting Project (OCCRP), which cited leaked documents detailing how ABN Amro and compatriot bank ING had been failing to report suspicious transactions.

Investigators estimated last year that €13 billion was laundered through the Netherlands between 2004 and 2014, equivalent to 2% of Dutch gross domestic product (GDP).

ING Bank was fined $900 million by authorities in September after admitting that it had allowed criminals to launder money through its accounts.