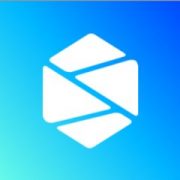 “What we found was it was very difficult for small businesses in Australia to get access to corporate cards,” 27-year-old DiviPay co-founder Danial Kniaz tells The Sydney Morning Herald.

“Either they would require staff to use their own money or maybe there would be one or two company cards that would get passed around the office. One business used to photocopy the company card so it was in the top drawer of about 30 people’s desks.”

Kniaz and fellow co-founder Russell Martin met at Australia’s first bank Westpac, where the pair spotted a gap in the market but quickly realised the legacy issues intrinsic in a big four bank. “We thought we could move a lot faster by doing our own things,” says Kniaz.

After joining fintech accelerator H2, they eventually created a virtual credit card, which has a business’ expense policy built into it so when employees make payments DiviPay collects the data, automatically categorises it and pushes it into the business’ accounting software.

By integrating with Xero, Mind Your Own Business (MYOB) and QuickBooks, the fintech can also allow SMBs to set strict transaction controls.