Santander to launch online deposit platform in US

Santander is preparing to launch a nationwide platform to attract online deposits in the US that will rival Goldman Sachs’ Marcus offering as the Spanish bank seeks to lower its funding costs, according the FT. 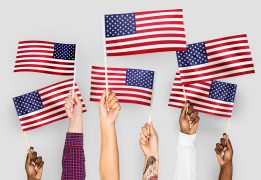 Santander has a $145bn balance sheet in the US.

Scott Powell, chief executive of Santander in the US, told the news outlet that the bank planned to open a “national deposit gathering platform” within the next year to attract cheaper funding for the lender’s consumer business.

The Spanish bank has a $145 billion balance sheet in the US spanning from credit cards to private banking and car loans, making it one of the most significant European players in the market in terms of assets. Although it offers car loans through motor dealerships across the country, it only operates branches in nine states, limiting its capacity to attract deposits from major cities where it does not have a physical presence.

To obtain broader access to US funding, Santander is planning to create a new online portal to offer money market accounts nationally with a “higher rate” than big Wall Street banks, says Powell. The deposits will be used to lower Santander consumer’s reliance on more expensive wholesale funding by narrowing the gap between Santander’s $107bn of loans and leases in the US and its $64bn of US deposits.

Goldman Sachs embarked on a similar project three years ago, offering deposit rates of 1.9% versus rates of less than 0.05% at the biggest US retail banks to lure rate-hungry savers. Goldman has since gathered $55bn of deposits in the US and UK. On the bank’s third-quarter earnings call last week, Stephen Scherr, Goldman’s chief financial officer, said the retail deposits had allowed the bank to substitute more expensive wholesale funding with “lower-cost retail deposits”.

Marcus is also an online lender, but Powell, a former JPMorgan Chase executive who joined Santander four years ago, says the Spanish bank’s new online platform in the US would not offer loans. Powell believes that loan losses were higher when borrowers did not have a deep relationship with the underlying lender, which was harder to achieve via a relatively simple online deposit gathering platform.

In the long term, Santander is planning to bring its full-service digital bank, dubbed Open Bank, to the US.

The expansion follows a mixed few years for Santander in the US market. In 2016, it suffered the ignominy of being the first lender to fail the Federal Reserve’s stress tests three years in a row, after being criticised for “broad and substantial weaknesses” in its capital planning.

It passed for the first time in 2017 and the US was a bright spot in the bank’s most recent earnings, with profits increasing 23% in the first half of the year as the bank took a loss on its investment in Banco Popular.The Spanish bank last month said it would book a Brexit-related €1.5bn impairment charge on its UK business in the third quarter.

Santander’s group executive chair Ana Botín is also taking a more active role in its US ventures. Earlier this month, she announced plans to join the boards of Santander’s main US entities.