The UK’s National Cyber Security Centre (NCSC) claims to have stopped more than one million cases of suspected payments fraud, according to its third annual review. 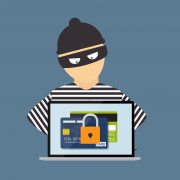 NCSC claims that a dedicated focus on anti-fraud has meant that a significant amount of fraudulent payments were prevented from occurring.

It added that since the launch of “Operation Haulster” – a scheme designed to uncover which payment cards were being targeted by fraudsters – banks were being informed proactively to prevent future attacks.

“We’ve made great progress on making the UK safer since launching our world-leading £1.9 billion cyber security strategy in 2015,” says minister for the cabinet office Oliver Dowden, who oversees the body.

“Establishing the NCSC was a key part of this and has played a central role in tackling online threats posed by criminals, hacktivists and hostile nation states.”

NCSC, which is part of the Government Communications Headquarters (GCHQ), provides advice and support for the public and private sector on how to avoid and mitigate cybersecurity threats.

In its annual report, the body also claims to have stopped more than 600 targeted cyber attacks, with the total figure standing at 1,800.

NCSC chief executive Ciaran Martin adds: “From handling more than 600 incidents – many from hostile nation states – to equipping the public with the tools they need to stay safe online, we are employing our expertise on a number of fronts.

“I am proud to lead this organisation and optimistic that, in a constantly evolving landscape, we can help make this the safest country to live and work online.”