Nordea writes off millions in IT impairment charges

Nordea has released its Q3 figures which show the largest financial group in the Nordics has amounted a €1.3 billion bill for one-off items largely made up of impairment charge for IT intangibles. 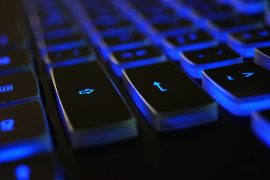 The purchases, approved by the bank’s board of directors, have had “a significant negative impact” on the third quarter results.

The news comes amidst the bank’s front-to-back office digital transformation, the largest core banking software project in Europe after the 2007 financial crisis. Since 2015, with the help of its main supplier Temenos which won its largest ever deal with the bank, the firm is in the process of updating its old legacy systems from the likes of Finastra and Tieto.

Initially, Nordea said it would invest just over €1 billion in its technology overhaul, but it seems the costs are climbing much higher.

The cost impact of the overhaul has led the group to introduce a new business plan with fresh financial targets, business plans and an impairment test of Nordea’s  IT systems. The bank also says there will be “continued redundancies”.

Creating a Q3 operating loss of €421 million, the €1.3 billion bill was comprised of €735 million in IT impairment charges, €204 million in restructuring provision namely for redundancy packages, €282 million in additional loan loss provision and €75 million in expenses related to selling its shares in Estonian bank Luminor.

Nordea’s head of wealth Snorre Storset told Bloomberg the plan to cut jobs across the company won’t affect portfolio managers in his unit.

Looking ahead, the bank says it’s key priorities are “strengthened customer focus and improved operational efficiency as well as cost reductions and income growth initiatives”. Because of the boom in private banking across Norway and Sweden, the executive, who oversees $350 billion in assets from Oslo, says his department is in fact hiring.

Most recently, Nordea announced its partnership with ReceiptHero, a Finnish fintech which will now send real-time receipts to the bank’s digital wallet.