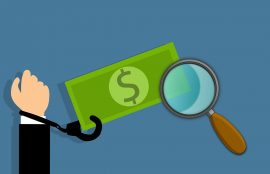 Its share price fell as much as 3.1% after the announcement.

The increased charge follows a government-mandated inquiry which found misconduct at major Australian financial institutions, with NAB singled out over accusations that management had failed to accept responsibility for wrongdoing at the bank.

“We understand that shareholders will be rightly disappointed,” acting CEO, Philip Chronican, says in a statement. “We also recognise the need to prioritise dealing with these past issues and fixing them for customers.”

NAB’s large charge gets the bad news out of the way before incoming chief executive Ross McEwan starts in December but eats away at the capital levels of Australia’s third-largest lender ahead of a January regulatory deadline to reach a core capital ratio of 10.5%.

“We had expected remediation costs to come at about AUD500 million, so this is worse and means NAB’s capital position is also slightly worse than expected,” says banking analyst, Azib Khan, at stockbroker Morgans Financial.

S&P Global Ratings expected NAB “will be able to maintain its capital strength by offsetting the cut in its earnings with a combination of a lower dividend pay-out and new capital issues.”

NAB earlier this year cut its dividend for the first time in a decade, by 16%, to ensure compliance with regulatory requirements on the core capital ratio, which refers to funds set aside to weather an acute economic downturn.

However, its core capital ratio was 10.4% at June-end, just short of the target, meaning the new charge again puts pressure on the bank.

“NAB’s (capital) ratio will now be running a finer line than we previously thought relative to APRA’s ‘unquestionably strong’ benchmark of 10.5%,” says Khan in a note to clients, referring to the Australian Prudential Regulation Authority.

NAB said the charge would reduce its cash earnings in the second half of fiscal 2019 by around AUD1.12 billion.

The bank said it decided to set aside an extra AUD1.18 billion mainly to cover a return of about 55% of ongoing advice fees received by its network of self-employed advisers from 2009 through 2018. The charge will also cover the costs of NAB’s remediation program, higher refund rates for mis-selling consumer credit insurance, and changes to the way it dealt with software costs in its accounting.

NAB’s share price fell as much as 3.1% after the announcement in a broadly lower market before recovering slightly in afternoon trading to AUD28.90. The bank notes that it would disclose the impact to its core capital ratio when it announces full-year earnings on 7 November.