National Australia Bank (NAB) has announced the departure of executive general manager for business enabling technology Yuri Misnik, who oversaw the bank’s digital functions during a transition to a selection of cloud-based platforms. 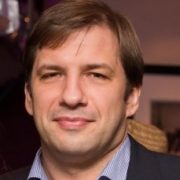 According to emails seen by the Sydney Morning Herald, NAB chief technology and operations officer Patrick Wright told staff that Misnik was leaving and that he had made a “significant contribution” to the bank in the launching of its cloud transformation.

Misnik, who had previously worked at Amazon Web Services (AWS), took the helm for NAB’s transition to a new cloud platform. The NAB executive outlined his intentions to move more than 300 critical applications at the bank to AWS at an industry conference in November 2018.

In an announcement that same month, the bank outlined how it planned to shift 35% of its IT portfolio to the cloud, and sunset a further 15-20%, with a projected loss of around 6,000 jobs in the process.

In a recorded conversation seen by IT News, NAB also flagged a future deployment of Anthos, a hybrid cloud platform that allows users to manage workloads across multiple cloud environments.