The UK’s Metro Bank has announced three fintech and small and medium enterprise (SME) partnerships, following £120 million funding it secured from the Capability and Innovation Fund in February this year. 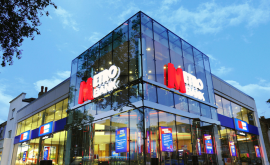 As well as using its own investment, the bank says it wants the money to inject “much needed competition into the small business banking market”. Metro Bank’s CCO Paul Riseborough confirms that this is the main driving force behind the firm’s triage focus on collaborating and innovation.

Through partnerships with business lending marketplace Funding Options, international trade service Conance and company intelligence platform DueDil, Metro Bank will now be able to offer SMEs a wider range of integrated services on its own platform.

Funding Options gives businesses a scanning tool for the lending marketplace, so they can compare financing options from more than 70 lenders, giving SMEs the chance to get an ‘alternative yes’ if Metro Bank can’t finance their business needs.

Then the bank’s partnership with Conance will provide SMEs with specialist trade advice and finance solutions, whilst its third signed contract with DueDil will speed up the time it takes to open a business current account online with features such as auto-populated company information.

“The SME sector is booming, and by digitalising the onboarding process for business banking, Metro Bank is poised to deliver better customer experiences for thousands of SMEs,” says DuedDil’s COO Denis Dorval.

This fintech-first approach follows the departure of chairman Vernon Hill from Metro Bank earlier this month. The role of American billionaire and former owner of a string of Burger King chains was mired by links between the bank and his wife’s business, as well as the misclassification of £900 million-worth of loans as being less risky than they were.

Read on: Metro Bank chairman to step down