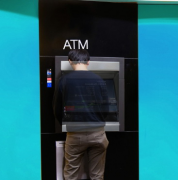 Vocalink will continue to provide services to Link and its ATMs

Link facilitates over £10 billion in cash withdrawals per month via its 62,000 ATMs across the UK, which accommodate 22,000 transactions per minute. In 2018, the firm handled nearly 3 billion transactions.

The bidding process was started in 2017 following a mandated notice from the Payments Systems Regulator, which aims to create competition in the running of infrastructure services in the UK.

Vocalink, which is part of the Mastercard group following a 2017 merger agreement, emerged as winner of the process despite being the incumbent provider. It will operate Link’s infrastructure until 2031.

“The completion of this competitive procurement represents a major milestone for the Link Scheme,” says John Howells, Link Scheme CEO.

“The procurement process was far more complex than a standard outsourcing contract negotiation due to the number of parties and stakeholders involved, including two UK regulators (the Bank of England and the PSR) and 35 members of the Link Scheme.”

Fintech Futures reached out to Vocalink for comment but had yet to receive a reply at the time of publication.