Israeli fintech Become, an online platform which aims to improve the fundability of small and medium businesses (SMBs) in their marketplace, has just secured $10 million in Series A investments and raised $2.5 million in venture debt capital. 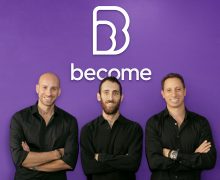 Become, formerly known as Lending Express, also closed an extra $2.5 million in venture debt capital from Viola Credit which is part of Viola Group, a private equity investment group with more than $3 billion under management. This brings the fintech’s total to $12.5 million.

“We strongly believe it is time to disrupt conventional and ‘alternative’ lending practices,” says Become’s CEO and co-founder Eden Amirav. “This creates a new market for alternative lenders and opens opportunities for formerly ‘unfundable’ SMBs to become bigger, better and more successful.”

The fintech says it will use the new funds to scale up operations in the United States and Australia, and Amirav adds its ultimate goal: to “change the industry for the better”.

In Become’s eyes the current small business lending landscape is “fundamentally flawed”, because according to its research, 58% of SMBs are denied access to funding with no recourse or guidance on how resolve the issue of how to become more fundable.

Initially the fintech gives companies a “LendingScore” determined by its algorithms. Then it will provide them with a “personalised plan” and continue to monitor their viability as an attractive investment.

Lenders will then compete for Become’s registered SMBs to provide them with the best-suited loan.

Investor Benson Oak Ventures’ managing partner Robert Cohen believes the fintech is “setting new industry standards, upending everything we know about lending and having a real impact on SMBs around the world”.