Thirty of Ireland’s largest credit unions have said they will roll out new “full-service current account[s]” for their members, sparking fresh competition with their compatriot banks. 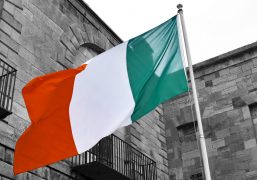 Under the collective brand thecurrentaccount.ie, the unions announced the new product offering on International Credit Union Day, which is the third Thursday of October.

“This is a very important milestone in the development of the credit union sector in this country,” says currentaccount.ie chief executive Seamus Newcombe.

“It means credit union members with savings and loans will now be able to get a competitive current account from their trusted credit union, and they will no longer need to go to a bank to get this service,” Newcombe adds, who is excited to see “credit unions […] become even more relevant to their members in [an] ever-increasingly digital world”.

Whilst the credit unions have always been branded more trustworthy by consumers, they have not, until now, been able to offer 24/7 access to funds.

Those credit unions which survived the post-financial crash effect in Ireland are getting bigger, with 22 more credit unions harbouring assets of at least €100 million since 2014 according to Independent.ie.

To open one of these current accounts, members will have to pay €4 a month which will cover limitlessness basics – such as contactless and direct debit transactions – and allows up to five ATM withdrawals each month.

Read on: The secret behind Northern Ireland’s fintech success