Very Good Security (VGS), a fintech which assumes the liability of other companies for storing sensitive data, has raised $35 million in a Series B funding round led by Goldman Sachs’ Merchant Banking Division. 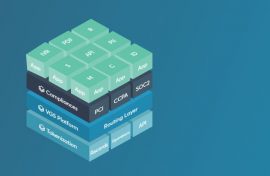 PayPal founder Max Levchin is also an exiting backer, but didn’t invest this time around

The round saw participation from existing investors including Andreessen Horowitz and Vertex Ventures, which both participated in the start-up’s $8.5 million funding round last year. PayPal founder Max Levchin is also an exiting backer, but didn’t invest this time around.

With the process of securing data traditionally complex and expensive, Campbell says the fintech’s solution “redefines the challenge by removing the sensitive data from systems making them easier to build, secure and manage”.

By substituting real credit card or Social Security numbers with “synthetic, aliased data” – in other words, dummy numbers – the fintech can store these confidential details on its own platform and simply inject them back as and when companies need to move or change them.

The fintech can take responsibility for payments, personally identifiable information (PII), access credentials and health records to name a few.

Considering the first six months of 2019 has seen 4.1 billion records exposed according to a RiskBased Security’s report, with a large proportion of these being the result of rogue employees, the need for an external solution seems riper than ever.