From payment solutions to peer-to-peer lending platforms, African fintech has been a trendsetter in the industry for some time now. While the focus is often on the other things happening on the continent, many of the solutions that have been widely available in Africa for a long time are just being introduced in other parts of the world. 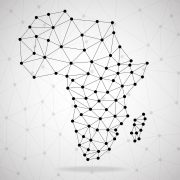 Africans have been using digital wallets for over a decade.

For example, Africans have been using digital wallets for over a decade, sending and receiving money without a traditional bank account. However, when Mark Zuckerberg said sending money should be as easy as sending photos, suggesting that money could be sent via Facebook and WhatsApp, it was positioned as a ground-breaking idea. Well, Africans have been doing that for a while through the likes of M-Pesa, Airtel and more since the early 2000’s.

While the challenges are very different, there are certainly a few lessons that global banks can learn from African fintechs as they navigate the conundrum of challenger banks and the other changes to the global banking landscape. With customer acceptance, loyalty and retention being top of everyone’s agenda, there’s no harm in looking at what is driving success in the most dynamic financial services market in the world.

Everything doesn’t need to be perfect all the time

Anyone that has ever done business in Africa will testify that the process is not without its challenges. From infrastructure to regulation, there are many issues that would usually stop things from getting done. However, it is in these circumstances that innovators are flourishing and driving significant, continent-wide change. Where there has been a lack of physical infrastructure, mobile phones have served as a platform for delivering key services. Where regulation has been unclear, innovators have self-regulated to safeguard themselves and their customers.

As much as investment in African infrastructure is much needed, businesses have always thrived on the continent, despite these well-known challenges. Business that succeed in Africa do so because they assess the realities on the ground and put the required solutions in place to fulfil their business goals.

Focus on solutions that include as many people as possible

The topic of financial inclusion is high on the list of African fintech priorities at the moment. For many of the people that have been excluded from mainstream financial services, financial inclusion is not just about having access to a bank account to put their money in. It is about having access to advisory services that enable their businesses to thrive and expand. Inadequate access to the necessary advice and management support can also be a major barrier to growth and can have a bigger effect on the wider society.

Unfortunately, most of the financially excluded in Africa are women. For these women, financial inclusion is about putting the necessary systems and structures in place to connect them with the tools and support they need to succeed in business, professionally and personally.

By providing viable solutions to these problems, various studies have shown that there is a correlating impact on improved healthcare, education, investment in children, poverty reduction and other positive changes in society. 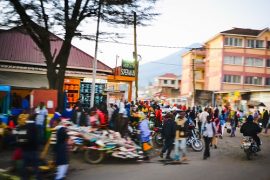 Make the most of every channel

The high mobile phone penetration in Africa has been widely reported. However, what often goes unreported is the continued prominence of various technologies that are largely in other parts of the world. Two examples of these are USSD and SMS technology. With sub-Saharan Africa still predominantly a feature phone market, businesses have to depend on these technologies, that would be either unknown or archaic to the smartphone generation.

While smartphones are definitely the future, feature phones are not the relic of the past that many seem to think they are. According to a recent report, feature phones contributed to 23 percent of the total handset shipments in Q3 of 2018 and remains a sizable market

With this in mind, innovating for feature phones has to remain a priority. Not only because it provides an opportunity to make the most of existing knowledge but also because it makes it easier to bring as many of the benefits of the smartphone experience to users that are yet to come onboard.

Focus on the customer and their needs

The need to focus on understanding the customer’s unique needs to deliver success is perhaps best illustrated in the African fintech story. The old misnomer of “if you build it, they will come” has been roundly disproved, with many established banks failing to convert low-income consumers to generic solutions of the formal financial system. On the other hand, fintech solutions that meet consumers where they are have seen quite remarkable adoption and customer retention.

For example, since Kenya’s M-Pesa launched in 2007, more than 85 percent of the country’s population has adopted mobile payment applications. Today, there are almost 400 million registered mobile money accounts across sub-Saharan Africa, increasing savings, consumption, investment and productivity across the region.

Don’t be afraid to take a (calculated) chance

One of the historical hindrances to credit and wider financial inclusion has been the absence of traditional credit histories for many unbanked people. The lack of documentation and credit records means it can be difficult for banks and financial institutions to do their due diligence. To find a way around this problem, African fintechs have had to use alternative data, such as mobile phone usage and school fee payment, combined with advanced behavioural APIs to ascertain credit-worthiness. Far from increasing the risk, these methods have shown to be more accurate than traditional credit scoring. 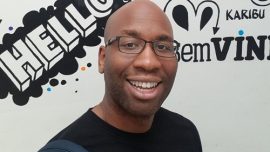 Not only does this approach open up the market to a new customer base, it also allows banks to automate various tasks in the process, freeing employees from monotonous data processing to provide insight and advice that will add real value to customers’ lives and livelihoods.

In some of the toughest and most unpredictable economic environments in the world, Africans have created successful solutions, changing many lives for the better in the process. With the ongoing changes and the uncertainty with what the global financial landscape of the future will look like, Africa’s fintech success story might just be the template for navigating this new world.

This article is also featured in the summer October 2019 issue of the Banking Technology magazine.