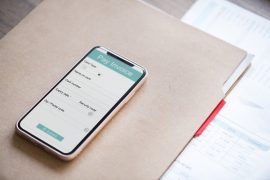 The start-up team boasts an eclectic mix, from an ex-Klarna sales manager to an ex-professional ice hockey star

The Helsinki-based fintech has also entered into a partnership with the German bank and its cashless subsidiary VR Payment.

Receiving funding from Finnish as well as further-Nordic investors too, Enterpay plans to use the new capital to optimise its B2B e-commerce solution, enabling more merchants to offer commercial customers an automatic invoice payment solution.

“While the money will accelerate our domestic and international growth, the industry knowledge and business know-how that these investments bring are equally beneficial to us,” says Enterpay’s CEO Jarkko Anttiroiko.

Improved credit scoring and integrations with financial institutions tag alongside the automated invoice feature, which has historically been handled manually. Now, with the advent of e-commerce and open banking, the B2B market are showing changing expectations, says Anttiroiko.

The Finnish CEO describes Enterpay’s USP in one fell swoop: to give corporates all over the world the ability “to buy like consumers”.

Anttiroiko believes collaboration is key to success, saying the fintech wants “to be regarded as an enabler, not a competitor, by established, international financial institutions”.

Already partnering with Collector Bank and Arvato in Finland, and now Germany’s Volksbanken Raiffeisenbanken, the fintech is well on the way to fulfilling the common Nordic narrative of collaboration-driven innovation.

With its foot in the German market, which represents approximately 25% of the total €450 billion European e-commerce market, Anttiroiko is confident about Enterpay’s expansion plans.

As for the rest of the team, the start-up boasts an eclectic mix, from ex-Klarna sales manager Ville Martin to ex-professional ice hockey star Tony Salmelainen.