European Commission urged to clamp down on money laundering

The European Commission (EC) is being urged to take steps to address problems in the supervision of money laundering across the continent, according to Reuters. 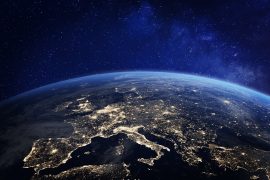 Europe must do more to tackle AML, says document

A draft document on anti-money laundering (AML) has created by the Presidency of the EU, currently held by Finland. Seen by Reuters, it says that the EC should consider moving its controls over supervision of money laundering to an EU agency. It also proposes measures which may help coordinate national legislators and investigators.

The text is expected to be adopted at a council meeting of EU finance ministers in December 2019, though it is still subject to changes prior to its implementation.

Regulators in the EU have been forced to act by a series of money-laundering scandals, the largest of which involved €200 billion in suspected payments made by Danske Bank between 2007 and 2015.