The Netherlands-based challenger bank bunq has admitted the UK was always on its launch “wish list” and would have been the first country it launched in “if it hadn’t been for Brexit”. 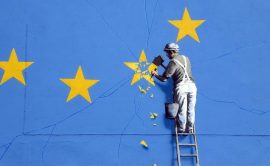 The bank’s CEO, Ali Niknam, told Global Data: “I was actually physically in the UK on the night the vote took place; I was preparing the launch there. Then, for me, the unexpected outcome came into existence and I went home the next day.”

Nearly one in three British businesses are planning to relocate some of their operations abroad or have already shifted them to cope with a hard Brexit, according to the lobby group Institute of Directors (IoD). For non-UK financial firms expanding to the island, they take the risk of cross-border payments being affected and stricter data transfer rules.

On Thursday 17 October, after more than three years of ambiguity for the financial industry and businesses, the UK’s prime minister Boris Johnson revealed a second deal had been agreed on with the European Union, pending another parliamentary vote on Saturday 19 October.

“Frictionless EU trade and regulatory alignment is vital for UK prosperity and jobs,”  the Confederation of British Industry said in a statement, adding that the deal is “inadequate” on services and that big questions remain on whether a free trade deal of sufficient depth can be negotiated with the EU before transitional arrangements expire.

Despite the ‘financial hub’ often talked about in relation to the UK, Niknam says this was “less relevant” for the bank.

With the Dutch population being more conservative in the face of new products, Niknam wanted the UK to be its first international market because British people are “more willing to give things a chance and try them out”.

“The fact that there are so many fintech players in the UK just proves the point that the British mindset is one that is open to new experiences,” says Niknam. Before bunq launched in the UK earlier this month, the neobank had already expanded into Germany, Austria, Italy, Spain, France, Ireland and Belgium.

When it comes to the UK’s densely populated challenger market, Niknam says this just “makes the market even more attractive”. “In our mindset, the new guys are competing with the old guys, rather than the new guys competing with a new guy,” the CEO continues.

As for plans to expand to the US, Niknam says this is still just a dream and points back to all the opportunity still in Europe for the taking.