Amsterdam-based retail bank de Volksbank has chosen Rancher Labs as its container platform partner, using Kubernetes containers to transform its IT infrastructure and make the most of the cloud and microservices. 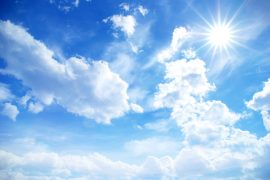 de Volksbank is heading to the clouds

In a bid to improve customer safety and usability, the bank’s digital transformation will see a big shift from “traditional, monolithic computing” to a “modern microservices architecture”.

With software already in production on Rancher, de Volksbank will look to migrate “larger sections of core infrastructure” over to them in the next 12 months, with the provider already running an AWS solution for them.

“Most of all, Rancher allows us the freedom to experiment,” says de Volksbank’s platform delivery manager Erik van der Meijde. “It’s easy to set-up and regulate – we can trial new ideas in minutes, spinning up new instances, and tearing them down at a moment’s notice.

“Importantly, automation means developers are free to be creative around new financial services, which will hugely benefit our customers in the long-term.”

By 2020, Gartner predicts containerised application usage for production will go up by 45% in global organisations.

Meijde says containers are now “at the heart” of the bank’s growth and innovation strategy. By increasing the velocity of its development through automation, the bank can become more competitive.

Rancher works with Kubernetes to unify its offering. So instead of having several independent Kubernetes deployments, Rancher solidifies them into a single, managed ‘Kubernetes Cloud’.