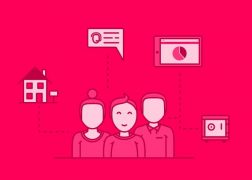 The new mobile platform ‘Ada’, named after the English mathematician Ada Lovelace – one of the country’s very first computer programmers, will be phased in over the coming months to Crunch’s 11,000 customers.

“We’ve produced a new slick, efficient and intuitive platform with all of the crucial functions our customers need to run and grow their business,” says Crunch’s CEO and founder Darren Fell.

Ada offers entrepreneurs 42 features, from services as familiar as open banking which connects users directly to all UK banks, to more specific features for micro-businesses such as automatically raising dividends – this is done by calculating the maximum amount customers can take out and creating the official documentation. Crunch says the latter service “is not yet available by any other accounting software”.