After four years out of the game, Credit Suisse is thinking about returning to the US wealth management scene to boost private banking growth, Bloomberg reports. 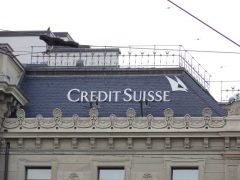 Back in 2015, Credit Suisse transferred its 275 US brokers to Wells Fargo

People familiar with the matter say the bank and financial services provider is looking at adding $15 billion-worth of assets under management to a new Miami-based arm, focusing on Latin America’s wealthiest citizens.

Bloomberg‘s sources also say the private talks suggest the new focus could lead to 30 new employees, both across Miami and Florida – where support and control staff would be based.

Back in 2015, Credit Suisse transferred its 275 US brokers to Wells Fargo after it was fined $2.6 billion for a client tax evasion case.

The new CEO, Tidjane Thiam, shifted the bank’s focus to its homeland Switzerland, as well as expansion into Asian wealth management.

Now managing CHF 1.34 trillion ($1.35 trillion) in assets, the bank’s CEO wants to expand its private banking offering by interacting with markets which are seen as too big for growth.

The BCG Global Wealth report suggests the US will be a hotbed for Latin American and Asian investors due to a more regulation-friendly environment.

Earlier this month Credit Suisse’s COO Iqbal Khan resigned, following what some news outlets described as a ‘James Bond-style corporate espionage scandal’. The bank hired private detectives to survey Khan for seven days after it emerged he was helping rival UBS recruit its bankers, where he was about to begin a new role.

The bank’s head of security, Remo Boccali, also resigned after a security consultant involved in the surveillance committed suicide.