Technology investor and billionaire, Mark Cuban, has been called out for being “naïve” and “short sighted” in his comments about bitcoin, which saw him compare bitcoin to bananas and say digital currency has “no intrinsic value”. 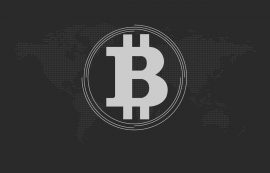 The Shark Tank investor, with a net worth of $4.1 billion, told Wired magazine that baseball cards, art work, and comic books have “no real intrinsic value, you can’t eat a baseball card”.

He continued: “[With] bitcoin – there’s even less you can do with it: at least I can look at my baseball card…I’d rather have bananas [than bitcoin], I can eat bananas.”

He then went on to say bitcoin is too complicated for mainstream adoption. “Crypto is so complicated for 99% of the population. Do you put it in a device? Do you print it out? How do you keep from being hacked? Who’s going to host it for you?”

“For Mark Cuban to say that Bitcoin is too ‘complicated’ is naive and short sighted,” says Scott, who likens the billionaire’s scepticism over bitcoin to how complicated the internet seemed back in the 90s.

“Technology is complicated in general and this isn’t specific to bitcoin,” Scott continues. “Mark shouldn’t be disregarding something because it’s complicated behind the scenes. We appreciate that the user experience part of bitcoin isn’t quite ready for mainstream adoption, but this is something that bitcoin companies like ourselves are working on.”

CoinCorner is a UK-based bitcoin exchange based in the Isle of Man, offering a platform for bitcoin storage and transactions through their bitcoin wallet services.

Later this year the exchange will be launching a series of new educational products to help the general public to understand bitcoin and “see it as something more than a store of wealth,” says Scott.

Despite Cuban’s opinion, he says he isn’t “against cryptocurrencies,” but that he can’t see them as anything more than “stored value.”