Millennial challenger bank Bnext has raised the largest Series A funding round ever in Spain, worth $25 million and led by DN Capital, Redalpine, and Speedinvest. 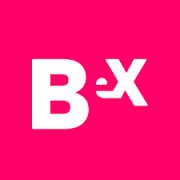 The neobank plans to use the investment to launch its services in Latin America and consolidate its leadership in Spain.

Other investors include Enern, USM and Conexo, as well as existing investors Founders Future and Cometa.

The 2018-founded start-up has now surpassed the 300,000 active users mark, making it the top neobank in Spain right now.

Co-founded by Guillermo Vicandi and Juan Antonio Rullán, the in-app marketplace offers customers a variety of financial and insurance products from third-parties, seemingly striving to be an ‘all-in-one’ financial hub for consumers.

On the topic of securing a banking license, Vicandi tells TechCrunch: “As of now we’ll stick to the e-money license, as our international expansion plans complicate potential passporting of banking licenses. We will first need to understand in which countries makes more sense to get a banking license, and then we’ll make a decision,”

Bnext can therefore connect with user’s existing bank accounts, allowing them to plug in features otherwise unavailable on their bank’s mobile app.

Now processing more than 100 million euros a month in transactions, Bnext is now ready to think about launching its ‘premium plans’, which will offer more products and individual IBANs for each user.