The Bank of Lithuania has chosen IBM and Tieto as finalists in its LBChain technology project aimed at creating a new blockchain-based platform. 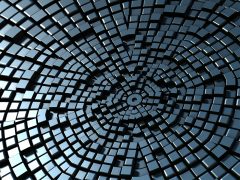 It’s Tieto vs IBM in a blockchain sandbox showdown

Both vendors will advance to the final stages of the testing phase, with the winner due to be announced later this year. The central bank has also issued a call to fintechs and startups interested in participating in the test phase.

“The final testing session will show which solution is most suitable for market needs,” says Andrius Adamonis, LBChain project manager at the Bank of Lithuania.

“We believe that the greatest advantage of LBChain is its versatility. We strive to create a platform that would not only serve for testing products or services that are already offered on the market, but would also be used to create those that might currently exist only in a financial architect’s mind.”

LBChain, which is both a technological platform and a regulatory sandbox, aims to solve “several problems faced by financial innovators”.

The platform is based on Hyperleger Fabric and R3’s Corda, and offers the possibility to test a wide range of financial products and services.

Fintech companies from three European countries have already tested several products, according to the Bank of Lithuania, including a know your customer (KYC) solution for anti-money laundering (AML) compliance, a cross-border payment solution, and an unlisted share trading platform.