Bad bosses aren’t the whole story: the good bosses that made me 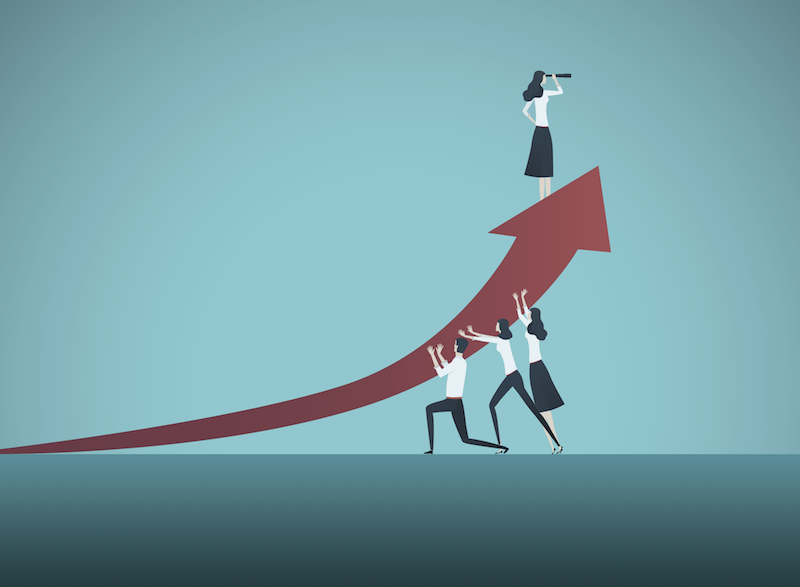 The good bosses that made me

I read your piece, said Steve.

Steve is my guardian angel. Viking-sized, always able, willing and liable to be there on scary-bad days. We love Steve.

And he read my piece about bad bosses and hardy flowers.

I read your piece, he said. I’ve had bosses like that. That’s why I work for myself, said Steve, and he chucked. Because Steve is a happy Viking. And we love him for it.

And then he said: “But you, you didn’t get out, you had a career, you climbed the ladder, you got promoted. Surely you had some good bosses along the way, right? You even mention it in the piece. Tell me about them. Now I am a boss, I want to know what good looks like.”

So here it is, a tale of empowerment in three parts.

Bring your whole self to work: Randall

BNY Mellon made me the banker I am today and if that doesn’t sound like a lot then you don’t get banking. Or humans.

It started with Randall who, when told, “I know nothing about banking and little about technology”, he said: “I know. But you are smart and I can teach you”. And he did. He taught me. A lot. So much. So nearly everything, if everything was teachable. About tech. About banking. About team building. About being a boss. About myself.

He is the person who told me to bring my whole self to work. And insisted I do. And laughed knowingly to himself when I did and my career took off.

What made him special?

He put the team above everything.

He didn’t shy away from the hard fights.

The wins belonged to the team member who did the work. The failures were his. Always. Because we were his team.

He gave me projects that were too big for me, he got me a mentor what was too senior for me, and when the next job came all he wanted to know is “are you happy?”. He still checks in to ask. Ten years on. Are you happy? Because I may no longer work for him but I will never leave his team and he will always have my back. Wherever I am, whatever I do.

I am here for you, not the other way round: Virun

So the next job came and I moved departments and I found myself reporting into BNY’s Nice Guy. Butter doesn’t melt. Always beaming smiley. An ocean away in New York. And here I am, intense, grumpy, gritty, in London. This is never going to work.

And yet. It worked.

Every one-to-one started with what I am doing well. What I need to do more of. My course corrections were so subtle they felt like gifts not chastisements. And every one-to-one ended with the same phrase: I am here for you. What do you need?

And when the day came to leave his team, the person I called to ask for advice on whether to take the internal job on offer, was him. And he said oh man, go for it, that’s awesome, that’s exciting. You will be so good at this. And I am here for you, always.

And when, a few months later, I decided to leave the Bank, he was the first person to call me. He called me. To say hey now, why didn’t you call? Are you ok? Is this what you want? And don’t mind your new boss not talking to you now you resigned.

You see a senior grumpy dude. We see the guy who lost Leda.

Making me feel like the jewel in his crown every freaking day, getting the best out of me every minute with his sunny beaming smile. Because he was true. He was there for me. He still is.

Show me what you can do: Adriana

The star of the story was never my boss, but loyal readers remember her. And the #belikeAdriana hashtag. She is the final gift BNY Mellon gave me. And the greatest. Because I was never her responsibility, but she took me on. I was never her problem, but she solved me. Also, if, to paraphrase Madeleine Albright, there is a special place in hell for women who don’t help other women, there is a special place in heaven for those who do. Because Adri listened to my prattling and my dreams and my wild theories and said, “ok little one, show me what you can do” and she threw the doors wide open. She says she did nothing. You ask her today, she waves an elegant hand, smiles a brilliant smile and says only a fool wouldn’t have seen what was to come. And to that I say: no.

We are all made of stardust.

Some burn brighter than others but we are all stardust. Where we get to play determines our histories and she determined mine. By putting me in front of her clients, giving me the test that would prove my point. And then doing it again. And again. Creating an undeniable thread that gave the organisation confidence and me credibility. She put me in the situation that taught me I am real. I owe her everything. She says I owe her nothing. Which brings us to the bit Steve wanted to hear about.

I am the people who believed in me. Who took the time. Who pushed me while saying, “I have your back”. Who gave me enough rope to hang myself without ever taking off the training wheels. They pushed and protected me. They coached and supported me. The demanded a lot. Expected a lot. Gave even more.

So what did I learn from them?

Care about the human.

Demand not perfection, but authenticity, presence and commitment.

Give before you take.

And watch them go.

I am who I am because of a mother who was terrified her money would run out before I completed my education, because of a curious and restless mind and yes immense capacity for hard work, luck, a little judgment. Good bosses. And Adriana.

So whatever you do in life, be a good boss. And every chance you get, be Adriana.