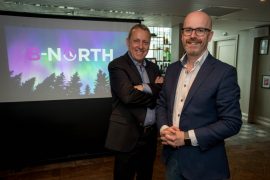 By combining this human connection with fintech to offer loans of up to £5 million within ten working days instead of the industry-standard four months, B-North is setting its sights high by focusing on becoming the top SME lender in the UK.

Founded by Santander and Atom Bank executives in 2018, the Manchester-based loan provider seeks to grasp a portion of the £20 billion debt SMEs feed into banks each year by delivering face-to-face appointments with brokers who are supported by in-house valuers and lawyers.

CEO and founder, Jonathan Thompson, tells FinTech Futures that British business owners “want to meet the people they’re working with,” despite the fact top banks have cut down on relationship teams which include brokers in the last ten years in a bid to digitise all their processes.

“Relationships have been broken,” says Thompson, who thinks it’s about time a bank re-focuses on the material finance generated through face to face interaction, rather than the micro-mass finance market tapped through digitisation.

He likens big banks to large department stores – “generally okay at doing lots of things”. The lender’s approach is, instead, to be a debt specialist and set up regional pods starting with Manchester, then Yorkshire, London and the Midlands. Eventually, it sees expansion into Northern Ireland and Scotland too.

For B-North, a fintech start-up from the north of the UK instead of the London bubble, it’s all about regionalisation. Thompson is convinced this more segmented strategy is “critical to the success of the UK economy”.

This is why the CEO calls B-North the “antithesis to everyone set up in London”. Instead of being distracted by a saturated market, it looks at the advent of open banking as an opportunity “to be an expert”.

“That’s what people want”, says Thompson, who confirms the lender is still in the process of applying for its banking licence having been invited to apply by the regulator in August 2019. “We’re finding them [the regulators] very supportive,” he says, referring to the Prudential Regulation Authority (PRA) and the Financial Conduct Authority (FCA). 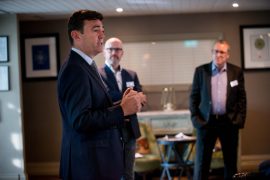 But Thompson warns the industry: “We’re not just a northern bank.” As well as securing investment backing from the Greater Manchester Combined Authorities (GMCA), the fintech is also in the process of raising an investment round in London to support its launch as a lender in 2020 and has already secured investments from various brokers.

Stating its niches in the market as a fintech offering bigger loans with a time to cash of two weeks and a promise for broker involvement at the face-to-face level, B-North is confident it can disrupt the traditional banking landscape.

With half the cost-income ratio of UK incumbents according to its CEO, this puts the fintech at a massive advantage to traditional banks.