11 observations after 100 days in fintech

Eric Fulwiler is the CMO at 11:FS, where he oversees the firm’s brand, media and lead generation activities. A former agency man at VaynerMedia and Mullen Lowe, he couldn’t resist the lure of fintech and digital financial services. 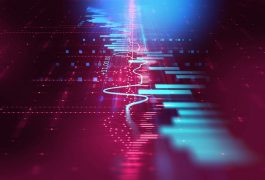 Don’t ask about whether firms are “fintech” or “techfin”

It’s been just over 100 days since I left the agency world that had been my home for the last decade and jumped into the centre of the fintech whirlpool. Man, what a ride it’s been… I’m incredibly excited, proud and inspired by my new colleagues at 11:FS and the industry around us.

For those new and old to fintech, I thought I’d share a few observations from my early days.

There are so many talented and hungry people in this space. In almost every meeting, interview and conversation I’m coming across someone who is not just really good at what they do but really passionate about doing it. Brilliant designers pushing and setting the modern boundaries of UX. Product visionaries developing and launching new propositions that deliver new value in new ways. Engineers building amazing things with back- and front-end tech (and so quickly!).

There is so much opportunity in front of us. It’s still such early days for fintech (regardless of how you define it). Some might say it’s just 1% finished. There’s a massive industry about to be disrupted and redefined. The scale and impact of what’s at stake is both intimidating and inspiring.

There is nothing new or special about disruption in financial services. Fundamentally, it’s the same cycle that’s played out in every sector in every period of technological change. Technology lowers the barriers to entry and distribution while allowing for more value to be delivered to the consumer. Incumbents struggle to adapt to a new landscape while still holding on to their current model. Challengers are able to build their model from scratch to match the new landscape. Sure, regulation slows down and micro-manages the disruption in FS, but the cycle and driving forces are the same.

The future won’t be anything like how we picture it now. We’re still in the stage of applying technology to the way things have been done in the past (digitalisation). We haven’t yet laid a new technological foundation upon which whole new, truly digitised ecosystems can be built. The biggest impact of the iPhone wasn’t the way it changed phone calls – it was the App Store and entirely new products, services, and economies being built for a mobile world.

Many people could do with a dose of perspective. I believe this always and in general – things always seem bigger up close and it’s important to zoom out to see the wider world around it. Many people are excited, and rightly so, about the future potential of things. But real-world impact at scale is different than an idea with lots of potential and/or VC funding.

The fintech vs finserv debate doesn’t matter. Lots of people like to pontificate on who will win between the incumbents and the challengers. Nobody knows because 1) it’s impossible to predict and 2) ultimately it will be both. Some incumbents will lose, some challengers will win. Like in any industry! All the time! And eventually, hopefully soon, we’ll stop using the term “fintech” all together and just call it finserv again (don’t even get me started on the fintech vs techfin thing…).

So much can get done with a little communication and collaboration. There are so many people trying to solve the same or very similar problems – on both the fintech and the finserv side of the fence. How do you deliver the jobs to be done to people through modern day financial products, design and technology? Both sides are tackling the same mission, just from different starting points. We can do so much more together than we can separately.

There’s opportunity for more action and less talk. The world of fintech is social media-focused and community-oriented. We talk a lot! And that’s great. But talk is cheap. Outcomes and impact are the only things that really matter. Sometimes the signal to noise ratio is a little high for me. We should raise our BS bar a little and push back on the people and conversations that aren’t actually adding value.

Technology allows more value to be delivered to the consumer so it will win in the end. Maybe it’ll take 100 years. Maybe it will look completely different than it does now. Maybe the incumbents will get innovation before the challengers get scale. But however it happens, fintech (just like tech in any industry) will win because it reduces friction and cost while delivering a better experience and more choice. This is the driving force and truth behind software eating the world.

There are great things happening in so many places. London and SF don’t own fintech. In just a few short months, I’ve had fascinating conversations with people tackling big opportunities in so many places – from Boston (which happens to have the best American football team in the world) to Quito to Budapest. It’s so important that those of us in our “fintech capital” bubbles take our blinders off and adopt an inclusive perspective of the challengers and progress happening around the world.

There is real good to be done here – not just money to be made. There are billions of people who will enter and enjoy the benefits of financial services because of fintech. Billions. There are also billions of people who will get more of what they care about out of life (and less of what they don’t) because of fintech. This isn’t talked about enough.

These 100 days have flown by for me. It’s amazing how quickly time can pass when you’re doing challenging but inspiring things with passionate people. True story – I don’t need coffee like I used to. Natural fintech energy coursing through these veins now, people.