The revolution happening in cross-border payments

Innovations in domestic retail payments have increased expectations for the cross-border payment experience. The 180 currencies and over 200 countries and territories involved make it a complex task, but not impossible, writes Carlo Palmers, head of payments market infrastructures at Swift, ahead of Sibos 2019 in London, the annual global financial services gathering. 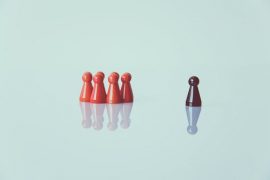 Banks have been providing payments services for a long time. While this is a privilege, it carries significant burdens – it requires significant proprietary investments.

They need to adapt their own systems to support them – it’s the journey we are all taking in cross-border payments.

Some entire domestic markets have been transformed by innovation in the domestic retail payments space.

Around 30 countries have introduced or announced plans to introduce real-time domestic payment schemes. Recently, the US Federal Reserve outlined plans to launch a real-time payment and settlement service to support faster payments across the US. Australia’s New Payments Platform (NPP) has also been up and running for 18 months.

The roll-out of these real-time domestic payments schemes, many of which enable domestic money transfers on a 24/7 basis, is driving banks to extend interbank processing hours. Numerous firms have already upgraded their systems to enable real-time processing, while others have gone a step further and incorporated 24/7 processing capabilities.

Behind all this, an ever-growing number of central banks have done the same next to their ‘Real-time Gross Settlement’ (RTGS) systems. More will surely do the same, following Australia’s NPP and the European Central Bank’s introduction of the ambitious Target Instant Payment Service (TIPS). In operation since November 2018, TIPS enables central bank settlement in euros 24/7, right across 24 countries within the European Union.

Real-time systems are increasingly becoming the norm in domestic payments. This is because transforming domestic markets is more straightforward as, in most, only one form of money is generally accepted – the domestic currency.

In cross-border payments, the 180 currencies involved make matters more complex – but not impossible.

Value stored in one currency can be exchanged for value in another – or in some cases, through triangulated exchanges, to a third. The cross-border payment system bridges the closed loops of the individual currency zones.

With goods and services moving more quickly and across greater distances than ever before, value needs to shift further, faster. End to end, from account to account, in an instant.

Only a seamless and open global value transfer system can enable that.

First step in the payments revolution

In 2017, Swift and its community moved fast to deliver on this, introducing the ‘global payments initiative’, or gpi, a new convention based on new technologies faster bank processing times.

Already the new standard, Swift gpi has dramatically improved the customer experience in cross-border payments by increasing the speed, transparency and traceability of payments. Hundreds of thousands of cross-border payments, totaling over $300 billion, are sent every day using the new gpi standard. Payments are made quickly, typically within minutes, often seconds.

On average, 40% of Swift gpi payments are credited to end beneficiaries within five minutes. Half are credited within 30 minutes; three quarters within six hours; and almost 100% within 24 hours.

The velocity at which gpi payment transactions can be effected will speed up further as more and more banks move away from batch to real-time processing. Because customers are demanding ever-faster payments and more and more domestic markets are moving to real-time, banks are shifting to processing their payments this way.

Successful trials of gpi cross-border transactions in conjunction with the New Payments Platform in Australia, where the fastest payment was made in 18 seconds, and Fast and Secure Transfers in Singapore, where the fastest was 13 seconds, demonstrate the power and potential of gpi.

We expect to build on this success in Europe, with our trial, in conjunction with a group of banks, to test instant gpi cross-border payments in Europe using the TARGET Instant Payments Settlement (TIPS) platform). Banks will carry the cross-border legs of the payments, which they will then forward through TIPS, allowing for instant crediting of accounts

at ultimate beneficiary banks across Europe.

Gpi is proven and is fast becoming ubiquitous. By 2020 it will be. Between now and then we’ll continue to build on it, completing the first step in the payments revolution. In the future, cross-border payments will be as seamless and convenient as domestic ones: instant, accessible, ubiquitous.

To hear how gpi is transforming cross-border payments first-hand, drop in to one of the many panel discussions at Sibos, the world’s premier financial services event, which takes place in London from 23-26 September.