Tech vs. humans: Can fintech have it all?

The world today is a very different one to the world I grew up in, or even the one I first started my career in. From Amazon to Uber, Just Eat to Tinder; technology has revolutionised how we live and how we interact with each other. 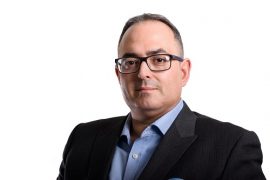 And our finances are far from immune. Underneath the proliferation of fintech, regtech and the countless other neologisms currently doing the rounds, sits the quiet dawning of a new world order; one where low interest rates, poor bond yields and sustained economic growth coexist.

But the deflationary influence of disruptive tech is a focus for another day. I’m interested in the impact it’s had on our perception as consumers and investors. In a world where you can build a fully funded and functional investment portfolio in a few hours, order a taxi with the push of a button, and dinner with a few clicks, we’re becoming increasingly expeditive. That being said, is human service still relevant? And is interacting with a person over an algorithm a hindrance, or a help?

The internet made the financial markets accessible, giving many investors the opportunity to research and self-administer at least a portion of their portfolio for the first time.

Whether this trend towards self-investing would have been taken up quite so vigorously without 2008’s global financial crash is debatable. I suspect not. The crash saw investors lose interest in traditional banking systems, and it’s an attitude that persists to this day. A 2018 study by Legg Mason found that 48% of investors’ behaviour is still overshadowed by the crash.

It was this environment that gave rise to the alternative finance industry. Categorised by automated platforms belonging to peer-to-peer lenders and crowdfunders, this sector connects investors with the opportunities that used to belong exclusively to high street lenders, family offices and investment houses. Only now we aren’t buying stocks and shares in faceless FTSE companies, we’re investing directly in small startups with visible, engaging founders.

Technology has brought investors closer than ever to their portfolios. Online brokers have opened the equities, commodities and FX markets to retail traders who can place a trade online in seconds. While their lean structure makes trading with them relatively cheap, it does so at the expense of human interaction. There’s no buy-sell recommendations, professional feedback or tailored customer service.

Is there still room for people in investing?

A recent report by investment firm Vanguard UK noted that, while younger investors will adopt robo-advice, they specifically seek out and place higher value on that of people. That this generation of digital natives value human interaction is telling. Investing is as emotional as it is logical, and I wonder whether the industry doesn’t mistakenly place too much emphasis on younger investors’ ability to create a balanced portfolio using only apps? Automated investment, whether its all you know, or you have experience with human advisors, is still incomplete. It’s missing the trust and reassurance of the human element. At least until technology learns how to empathise.

The fact that an entire automated investment sector – alternative finance – has grown up around investing in human endeavors, if not with human advisors, proves that we still need human interaction to prompt investment decisions.

Convenience is the human trait driving the disruption happening around us. If you want your new product to catch on, it needs to prioritise the people using it. And if you’re innovating for customer experience, making the customer work less is the way to do it.

But that doesn’t always mean automation. We know the success of fintech’s big disruptors is down to their ease of use. Fast, agile models that allow users to trade, budget, save, deposit, or transfer money across continents with the swipe of a thumb. Endless venture capital funding and a slew of five-star reviews suggest they’re worth the hype. But take a look at the poor customer reviews, and the gripes come predominantly from a perceived failing in customer service.

The lesson? Successful disruptors make life easier for their users, but those users still want access to the people behind the platform. My own personal experience with family offices and high net worth investors, especially in my current role with Cogress, is that many still consider talking to a person they know as the ultimate convenience. And it’s important for investment providers, too. People reveal more over the course of a relationship than they would likely divulge to an algorithm.

A human also understands that preferences, goals and risk profiles will change over time, and aren’t always predictable. As investors, we’re increasingly reliant on algorithms and platforms; but we don’t fully trust them, yet. There’s something missing, and its humans. As the fintech sector continues to boom, I think the brands that will go the distance are the ones brave enough to draw a line in the sand. The ones who know when to automate, and when not to.