Swift published a new API standard for the pre-authorisation of funds in an effort to bring more innovation to open banking across Europe. 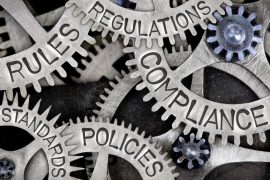 The new standard, facilitated by the Second Payment Services Directive (PSD2), will allow a payer’s bank to designate funds for a purchase in advance and issue a guarantee that the future payment will be honoured.

Universal API standards can enable open banking to roll-out new services quickly at the same time as reducing incremental investment, rather than distinct APIs which have to adapt to different data structures, workflows and security.

“Swift is uniquely positioned to tackle the problem of fragmentation in standards globally,” says Swift’s head of standards, Stephen Lindsay. “We are pleased to expand our current role to include the global standardisation of open banking APIs.”

The newest pre-authorisation standard is now available for developers of APIs to adopt and use, following Swift’s Pay Later API standard published earlier this year.