Mexican City-based start-up Klar, who is labeling itself as an alternative to traditional credit cards and debit services, has raised $57.5 million in funding with a notable investment from Spanish Grupo Santander’s venture investment arm Santander InnoVentures. 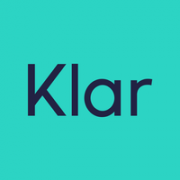 Klar has also taken this opportunity to release its free service

The investment, setting a new record as the largest fintech seed round in Mexico’s history, is made up of $7.5 million in equity and $50 million in debt. Leading the round was Quona Capital, with participation from Aspect Venture’s child company aCrew Capital, FJ Labs and Western Technology Investment. Klar’s CEO Stefan Moeller says it’s Aspect Venture’s first investment outside of the US.

Klar has also taken this opportunity to release its free service. Customers in Mexico can open an account in five minutes, they don’t have to have a certain bank balance already, they won’t be hit with transfer charges, they can see all their transactions in real-time and can be rest-assured their details are safe because the start-up is powered by Mastercard, which maintains compliance with Banco de Mexico regulations.

Traditionally Mexico has been characterised by low access to credit and a lack of 100% digital offerings. But instead of using a credit bureau, Klar relies on bank account histories to determine credit scores.

With offices in Mexico and Berlin, the team boasts alumni from Massachusetts Institute of Technology (MIT) and Stanford, as well as Brazillian and Italian data scientists from N26, Google and operation people from Uber and Microsoft.

“Klar is the future of banking, and the good news is that it’s open to all Mexicans, not just a few,” says Moeller. “Today just 15% of adults in Mexico have access to a credit card, and only 3% of credit applications from middle class consumers are approved. We believe Klar will dramatically change banking access across Mexico.”

Partner and head of investments at Santander InnoVentures, Manuel Silva Martínez, recognises the “booming” fintech industry in Mexico, which is “reaching levels of quality and sophistication that, for those of us who have been following the market for nearly a decade, are very encouraging.”