Seven mobile payment systems will set up the European Mobile Payment Systems Association (EMPSA), in a bid “to win back lost terrain in the payments space” for Europe. 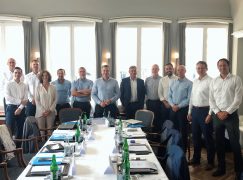 Headquarters of EMPSA is in Zurich, Switzerland

EMPSA will combine more than one million merchant acceptance points and more than 350 banks. More countries and mobile payment systems are expected to join the association over the next months.

“Our goal is that consumers use their preferred, reliable local app to pay abroad,” says Bancontact Payconiq Company’s Nathalie Vandepeute. “We are confident that working together under the umbrella of the association will promote interoperability of mobile payment solutions and will build a true European alternative, so important for the European economy.”

Headquarters of EMPSA is in Zurich, Switzerland, and is chaired by TWINT’s Søren Mose, with Swish’s Anna-Lena Wretman as vice chair. Secretary General is TWINT’s CEO Anton Stadelmann.

The association has already set up a working group for “joint system interoperability”, which is co-chaired by VIPPS’ Bjørn Skjelbred and Bluecode’s Christian Pirkner.

Pirkner adds: “EMPSA is the key initiative for Europe to create its own standards and to build a competitive interoperable European framework to win back lost terrain in the payments space.”