PNC has created a start-up program, numo, that functions as an internal start-up, complete with a pre-negotiated equity split between PNC and numo employees, according to its CEO, David Passavant, as reported on Forbes.

The first development has been indi, a mobile phone-based bank account for gig workers. Indi offers tax calculations, tax savings goals and dynamic adjustments when users save ahead or fall behind. It also reminds them when quarterly taxes are due.

The account has no minimum balance and no monthly service fee. It is in testing with numo staff and has a waiting list. The indi account is will be insured by the Federal Deposit Insurance Corporation (FDIC) held at PNC Bank with a Visa prepaid debit card and is available for both iOS and Android.

No major US bank had built an account for gig workers, Passavant says, although Mastercard recently introduced real-time payments for gig workers. “How do you estimate your tax liability when you don’t have an employer doing it for you? We built a system with intelligence to estimate what you should set aside for taxes.”

While this sounds pretty basic and begs the question of why banks have been so slow to innovate in areas as obvious as early access to paychecks and financial health coaching, Passavant says banks are cautious because the stakes are so high.

Operating on new technology numo uses Visa DPS for its debit card transactions and built the front end within the group. Now it is looking to partner with employers who use a lot of gig workers to help distribute the platform. 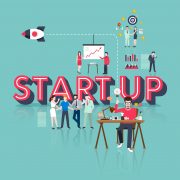 A second app under development is a world away from the gig economy — a service for companies which run portfolios of retail properties. “Our team saw an opportunity to create an analytics platform to help them,” adds Passavant.

Although a lot has been written about the death of bricks and mortar retail, PNC knows, as the fourth largest commercial lender in the country, that physical retail is very much alive. Passavant hastened to add that the analytical platform doesn’t use any PNC data but purchases anonymised financial and social data for its analytics.

“With this, a real estate firm would be able to tell companies that own property portfolios that here is a brand you might want to target because they are expanding, and their customers shop at places like this.”

A third area of focus for numo is regulatory technology. “As we were building indi we had to take it through PNC’s entire policy management and approval framework. We saw opportunities for great software to fix inefficiencies through a platform that lets multiple people work on something simultaneously.” The bank was already looking for software to address these issues, so it should be a good fit.

Passavant said numo is using its perspective within the bank to focus on significant tech solutions. “Inside the machine you get a phenomenally good view of problems. What we care about is does this create positive economic value for the bank. Part of our strategy has been that we don’t take huge bets. We try to make really smart small bets and scale them up as they become successful.”

PNC recently became the first US bank to go live on RippleNet, almost a year after joining Ripple’s technology.