UK-based fintech Paysend has reached one million customers for its global transfers service after launching just two years ago. 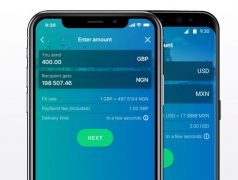 Paysend helps students or workers overseas send money across borders. It charges the same transfer rate for buying or selling a currency, which means customers just pay a £1 transaction fee.

The card-to-card money transfer product now serves more than 70 countries globally, putting its quick success down to the emergence of mobile and the continued growth of international students.

“We are seeing that moving money changes lives,” says Paysend’s CEO Ronal Miller. “Securing our one millionth customer is a great endorsement of what we are doing for our customers.”

In the last month, Paysend acquired more than 100,000 new users. The company has also crowdfunded £8.6m since June this year, gathering support from 938 investors who were led by Plug and Play.

Currently 270 million people live outside their home country around the world, sending an estimated $689 billion home each year, according to World Bank.

Miller and his team also plan to launch new services this autumn “to make paying, holding and sending money globally even easier and cheaper.”