Monzo’s co-founder and CEO says that following the success of its gambling block feature, users will soon be able to block specified merchants too, reports Jane Connolly.

Tom Blomfield tells Wired that about 140,000 of the fintech’s two million customers have used the gambling block, which prevents card spending at bookmakers and online casinos. Although the block can be lifted by contacting customer services, the process takes 24 hours and appears to be helping users to combat addictive behaviours. 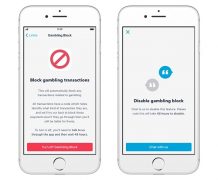 Now Blomfield says Monzo is beta-testing a similar merchant block, which would remove temptation at favourite stores, such as junk food outlets.

“That might be McDonalds or Pret,” Blomfield says. “We have a merchant block coming out soon, so if you’re trying to give up fast food you could block McDonalds – that’s your choice, we’re not here to do it for you. If you’re trying to cut down on certain kinds of behaviours, you can do that… but you can still pay by cash.”

Blomfield says that he wants Monzo to always maintain its ethical values despite any investor pressure.

“We are looking at ways to embed almost a constitution for a company – you can put it in your articles of association, but those are amendable,” he says.

This is part of the reason why the company has not gone public yet.

Blomfield adds: “That’s why we’ve got shareholders who are in it for the very long term, as opposed to private equity owners who are more focused on a two or three-year funding cycle.” He also confirms that he’s not planning to take the company public for at least four or five years.