London-based Vocalink hosted a breakfast round-table on 18 September 2019 at The Shard, which talked about its UK research on digital banks and what the British public think of them.

The discussion explored the new role of the post office as branch numbers continue to decline, as well as the surprisingly digital-savvy response from the over 75s and the issue of whether the London cashless bubble has gone too far. 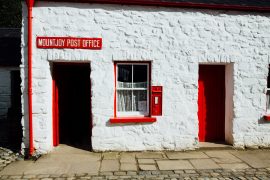 Digital bank accounts are now one in 10

Over the last six months, digital banks have now become a tenth of British people’s banking providers, with an average customer age of 31.

Dobbie says the main driver for challenger alternatives is the ability to use their cards abroad with no transaction fees. Users also praised the little time it took to open an account and how slick the app design was once you are signed up.

“Results say we’re actually starting to see the presence of challenger banks,” says Dobbie. However, still only a quarter of challenger bank account holders use the likes of Monzo, Revolut and Starling as their ‘primary’ banking partner.

Vocalink asked people in London, Leeds, Bristol and Edinbrugh whether they used the post office, to which a fifth of people said they still use the post office for everyday banking.

“There was a clear difference between London and places like Bristol, which is a city more connected to rural areas and therefore more dependent on the post office,” says Dobbie.

With the likes of Monzo already piggy-backing off post office’s physical spaces, as well as the decline in branches, the consensus seems to be that post offices will become a ‘backstop’ for cash deposits, with existing branches converting into ‘advice centers’. 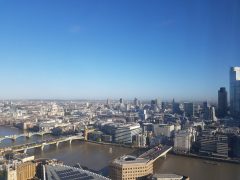 “I think London has gone too far”

Over 75s use online banking, but not mobile

“We were very pleasantly surprised,” says Dobbie, who tells the table 79% of over 75s check their bank balance online.

Whilst this figure is refreshingly high, this bracket of the British public have not quite caught up with mobile. 87% of over 75s still don’t use banking apps.

The cashless London bubble has gone too far

Whilst one in three Londoners say they would open a digital-only bank account, users in all other cities still carried cash in their back pocket and used it to budget, says Colleran.

“I think London has gone too far by taking away the cash option entirely in some places,” says Dobbie.

“Having access to money in real-time is important to the gig economy,” says Dobbie, “it’s all about the cashflow.”

Currently Mastercard is working with Uber to give gig economy workers immediacy in their payments, anticipating that the financial industry will see increasing focus on this bracket of UK society going forward.

There was some debate over what determined a gig economy worker’s ‘primary’ income, highlighting the dispersal of income they and freelancers can receive leaving no distinguishable ‘primary’ account. This offers an interesting opportunity for digital banks.

One in three people feel informed on finance

“People we surveyed weren’t really sure who should give them financial advice,” says Dobbie, “there was a real greyness in this area”.

Wadsworth puts this cry for education down to “a lot of bewildering choice” in the current financial market. The fintech market already seems saturated to those consumers who don’t understand all its capabilities and how they impact daily life.