Leveraging APIs to aggregate demand and transform economies of scale

If you bought a new DSLR camera in the last few years, you probably noticed that most of them offered the same resolution: 24 megapixels. One reason why is that many different camera manufacturers purchase their camera sensors from a common supplier.

A camera company with expertise rooted in the film era may understand optics and ergonomics, but can’t be assumed to have expertise manufacturing cutting-edge digital sensors. In this way, the supplier’s digital sensor acts as a technology platform around which other companies can build products. The supplier benefits from having lots of customers buy its sensors to make cameras, and the camera makers benefit because they can leverage a partner’s expertise to fill go-to-market gaps and enjoy economies of scale.

These sorts of economies of scale aren’t new in manufacturing and many other fields — but the concepts behind them are still being expanded and applied in new ways thanks to software. Put simply, software and particularly application programming interfaces, or APIs, let enterprises amplify these sorts of relationships and efficiencies to a potentially exponential degree. 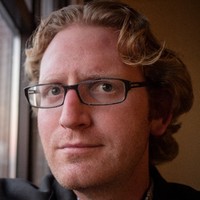 It will always cost something to manufacture one more physical good—such as one more sensor or one more camera body to house it. Similarly, in the physical world, there is always a significant expense to creating interactions with customers; generating additional interactions often entails accepting additional overhead, such as opening new brick-and-mortar store locations, staffing them, and creating the advertising to make consumers aware of them.

But these dynamics aren’t true of the APIs at the foundation of an enterprise’s digital technology platform. APIs let developers leverage, reuse, and combine digital assets for new purposes and digital experiences. Via APIs, data and functionality can be infinitely replicated across devices and applications at virtually no marginal cost. If one developer builds a new application by leveraging an API that looks up store locations, another developer can leverage the same API for another application without the enterprise absorbing any additional overhead.

Moreover, because APIs can act as portable, modular encapsulations of a business, enterprises can symbiotically combine their APIs to create new opportunities. For example, rather than shouldering the top-to-bottom cost of building and maintaining the infrastructure needed to attract customers, as is often required in the physical world, a business can use APIs to insert itself into the digital contexts where consumer interactions already occur.

Consider how Ticketmaster* has leveraged APIs to dramatically evolve its strategy. The company’s model still revolves around selling tickets to consumers, as it always has, but the infrastructure that supports that model has evolved dramatically — and consequently, so has the scale at which Ticketmaster can execute its plans.

Previously, the company relied on phone sales, physical ticket booths, and first-party apps as its major sales channels. All of these are approaches in which Ticketmaster carries the responsibility of attracting customers and shoulders the full cost of expanding its reach. But in recent years, the company has expressed capabilities such as event discovery and ticket purchasing as APIs, allowing Ticketmaster’s core business to be inserted into digital experiences where would-be customers are already assembled, such as Facebook. Because the API can be infinitely scaled, there is theoretically no limit to how many partnerships Ticketmaster can forge, how many developers can innovate with its APIs, and how many customers its can support as partnerships and innovation bear fruit.

Ticketmaster’s story is an example of a shift from supply-side economics to demand aggregation — and a meaningful departure from the concepts of supply and demand under which many legacy businesses are accustomed to operating. Traditionally, increasing capacity for transactions might have meant a business literally had to invest in more cash registers and more people to stand behind them — but now that the ability to process payments can be expressed via an API, that capability can be inserted virtually anywhere there is a screen or some other device for customers to interact with.

These concepts of software modularity and infinite replicability raise implications about what it means to even run a business.

Most enterprises can apply aspects of this thinking. They’re in business because they do something well — and whatever that is, it can be encapsulated by software at different points in the supplier-consumer value chain.

For example, a few years ago, to be competitive, a restaurant would have needed to juggle a number of mandates — running a kitchen, running a dining room, operating a website to attract customers, investing in traditional marketing to attract customers, employing drivers for delivery services, and so on. Today, an entrepreneur might simply open a kitchen, put their service up on several meal-delivery apps (after all, the customers are already there), and then focus on making great food, having used digital services (and the APIs that power them) to offloaded everything else to ecosystem partners.

In fact, instead of paying for all those traditional costs, the entrepreneur might hire a few more chefs with different skills to expand her kitchen — effectively letting her run four or five delivery “restaurants” without having to proportionally scale all of her other infrastructure and overhead costs. In this way, she can focus on what she does best (producing delightful food) and partner with others (such as those with delivery expertise) to create the end consumer’s experience.

Most enterprises can apply aspects of this thinking. They’re in business because they do something well — and whatever that is, it can be encapsulated by software at different points in the supplier-consumer value chain. The business can focus on maximising these strengths — these existing points of leverage — while relying on other ecosystem participants for complementary technologies and to fill competitive or go-to-market gaps.

Even so, it is important to recognise that digital ecosystems can increase competitive pressure in profound ways. Once a service with a particular purpose gains a critical mass of users and has been perpetuated widely enough throughout connected ecosystems, it may be borderline impossible due to network effects for a new competitor to gain significant share without bringing a legitimate disruption to the market. These sorts of “winner take all” dynamics are a reminder that though APIs, technology platforms, and digital ecosystems offer exciting opportunities, enterprises do not have time to waste.