Australian non-bank lender Latitude Financial is preparing the largest initial public offering (IPO) in the country since 2014, one which could see the company valued at AUD 3.7 billion ($2.5 billion).

According to Reuters sources, Latitude plans to submit regulatory documentation with corporate watchdogs on 26 September. The firm also expects to report cash earnings of AUD 288 million ($195 million) for the 12 months ending June 2020. 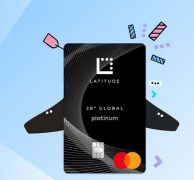 Latitude, which also does business in New Zealand as Gem Finance, was founded in 2015 and is partly owned by Deutsche Bank and US private equity firm Kohlberg Kravis Roberts (KKR), which formed Latitude from the remains of General Electric’s Australian and New Zealand personal finance division.

The firm offers access to home loans, credit cards, and personal loans. It allows users to pay for products in equal instalments and does not charge a merchant fee on purchase.

The IPO would be the largest in Australia since the AUD 5.6 billion ($3.8 billion) float of state-owned insurance firm Medibank Private in November 2014.

Latitude previously planned an IPO in 2018, but those plans were scuppered by market conditions, a change in management and concerns over the Royal Commission investigation into misconduct in the Australian banking sector.